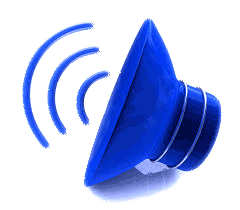 Listen to Drug Action Network President Andrew Somers as he's interviewed on KillRadio.org
In this riveting interview (recorded live), Andrew discusses The ill-conceived RAVE act, hw the War On Drugs damages society, how we can work to end prohibition, the ugly truth behind why the Drug War began, and more!
This Month's Message From Our Founder:

How To End The Drug War

Once we understand that the War on Drugs is an abject failure, the question arises, what can we do? What is the solution for ending the drug war? (MORE)

The first step in winning the "War On Drugs" is arming yourself with knowledge of the injustice and hypocrisy our government has forced on us. Our Frequently Asked Questions Is a great place to start!

Drug War In A Nutshell

The War on Drugs represents complex controversies that are difficult to fully define in a few sentences - here's a quick look at the basics.

YOU and the POLICE!

With the current situation in this country, it's more important than ever to protect your rights when dealing with law enforcement. Check this out for a better understanding - what you learn may surprise you!

Now, in association with Amazon.com, the Drug Action Network offers you some of the best books on the War On Drugs - And at great prices!

Take a look at our latest flyer and the startling statistics on our growing prison population, then printout copies to give to your friends and family. (prisoner.pdf)


Keeping Drugs Away From Your Children

It's a sad, indeed tragic, fact that Nixon's war on drugs has actually made it 7 times more likely for your child to come into contact with illegal drugs. (MORE...)

Saturday, May 31st 2003 we joined a number of groups to protest the RAVE act - here are some photos from that protest!

Quote Of The Day:

"Prohibition will work great injury to the cause of temperance. It is a species of intemperance within itself, for it goes beyond the bounds of reason in that it attempts to control a man's appetite by legislation, and makes a crime out of things that are not crimes. A Prohibition law strikes a blow at the very principles upon which our government was founded."